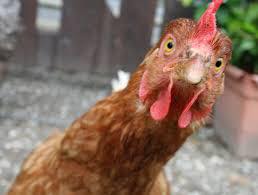 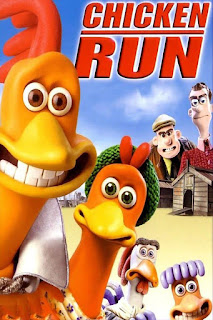 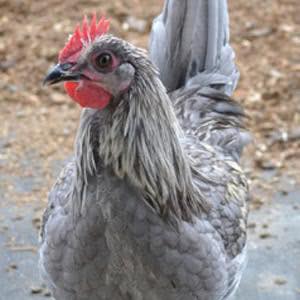 Another chicken appeared in my yard today. What the heck. My friend, Mimi, who has some chicken experience, thinks it’s strange that somebody isn’t looking for their chickens. They are beautiful and look well cared for, and when I asked Mimi if she knew what kind they were, she said, “Edible.” 😂😂😂 If you hear of someone missing their chickens, send them here. Hey, maybe they escaped from the county fair! 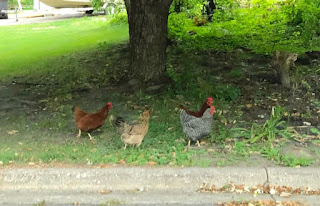 The chicken mystery has been solved and it turns out we have our own neighborhood version of Chicken Run going on. I heard clucking in the backyard this morning and went to investigate. There was another chicken hunter back there and she said her neighbor had been given five chickens, two were butchered and the remaining chickens after witnessing the bloody horror, escaped. Well, who can blame them and no wonder they’re skittish. I’m not going to rat them out so they’re free to parade through my yard any time they want.