fun run and disgust with politics

I love this event. Where else can you see a thousand people running down the street, most in costumes, many with either a dog or a baby carriage? It's a blast.

I took pictures and Facebook turned them into a video. Now I can't post the video here and I'm too lazy to get my phone and find the pictures again. Here's the link to the video.

I can't even begin to describe how tired and frightened I am of the current political scene. Aren't those assholes in the government supposed to work together? The Affordable Care Act...nobody wants to do anything constructive about it. They only want to blame the POTUS. What a horrible thing...wanting people to have health care. It's like communism. And those f***ing emails. Can we get past the emails? Can we put away the pitchforks and stop acting like loons?

The racism is truly painful to read about. Racism in a small school in North Dakota. Racism against Amish people.

I can't even write articulately about it. It's crazy and it's making me crazy.

I've worked really hard in the past months to avoid television ads. I don't read much about it on social media because it's easy to post a stupid meme that has nothing to do with the truth.

It's disgusting. I saw one photo of a rally where someone had a big poster of the woman running for POTUS with a target on her face. Regis saw a sign yesterday that said this woman should be in jail. Apparently some people think we live in a third world banana republic where they throw their opponents in jail after the election. 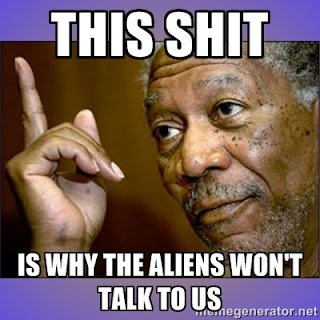