Sunday night...total eclipse of the moon

We got home from Canby mid-afternoon on Sunday and were too tired to cook so we went out for a bite of Mexican food, then decided to stay awake and watch the Super Moon and the eclipse. It did not disappoint.

These pictures aren't in order even though I did publish them on Facebook in order. The first one is the Super Moon just as it came up. The eclipse was spectacular. The shadow started on the left side, moved over the moon for the next few hours, and just before and just after the total eclipse, we saw what's called the Japanese Lantern Effect...I think the second picture shows that effect. 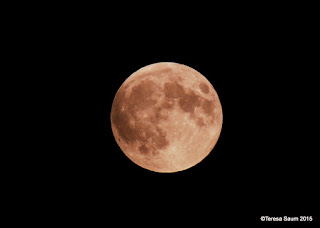 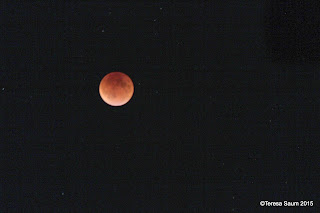 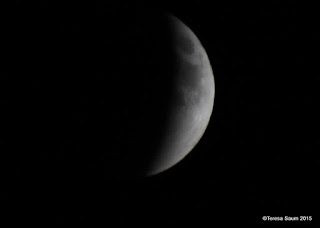 This is close to the total eclipse. 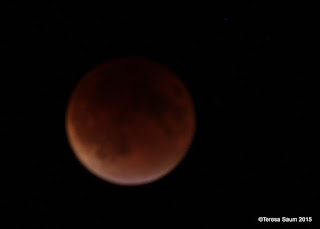 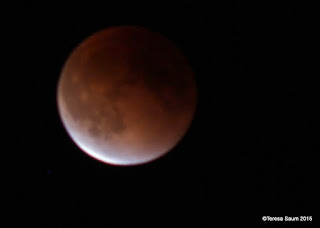 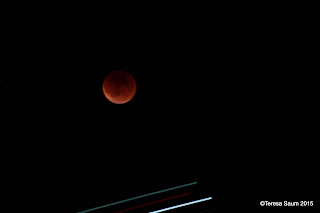 At some point, we had the camera on the tripod and a plane flew between the camera and the moon. Cool effect. 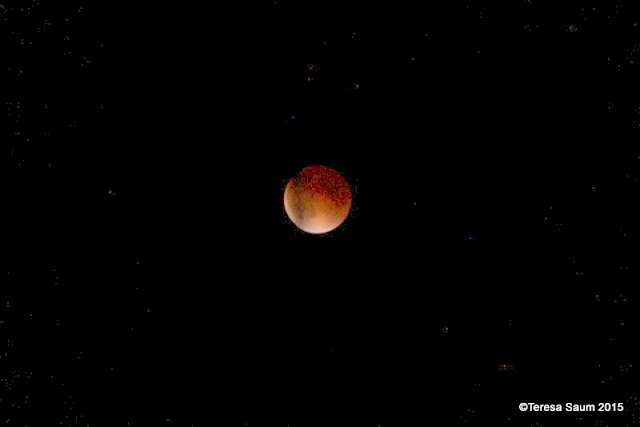 We used the fill light feature in Picassa to show the stars that aren't visible to the naked eye. I'd like to try this some night when we are supposed to be able to see Northern Lights...but don't.


Off to earn my daily bread.