There are lots of projects churning through our house this weekend.


That's an ambitious plan considering I slept for 90 minutes last night. I tried to take a nap this morning but sat bolt upright after 45 minutes. Even as I write this, I feel the need to rest. Haha. Maybe I'm just lazy.

A couple weeks ago, I told Regis I thought the city job of driving a little vehicle and watering flowers would be fun. Days later, he came home and said he saw our friend Maude doing it! We saw her on the street Friday and had to stop and take her picture. She is such a hoot. The story gets better. I posted this picture on Facebook and an old Mankato friend of mine saw it said she and Maude were good friends when they worked together at Johnson Fishing. Maude's photo has gotten a lot of responses which should not surprise me as she is a true character. 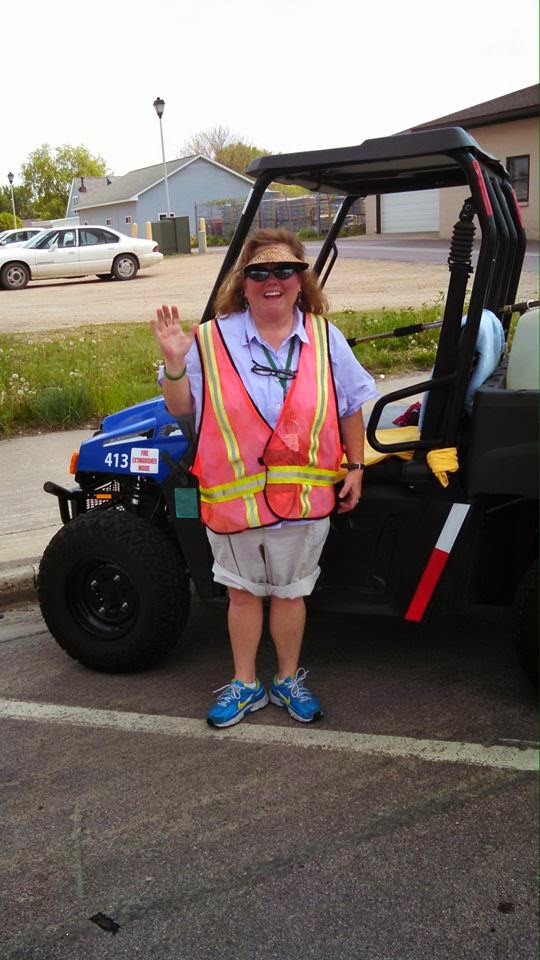 The boys came to install the little library yesterday so Regis came by to see how things were going. Ella and Alex were here and they had to climb right on the bus! 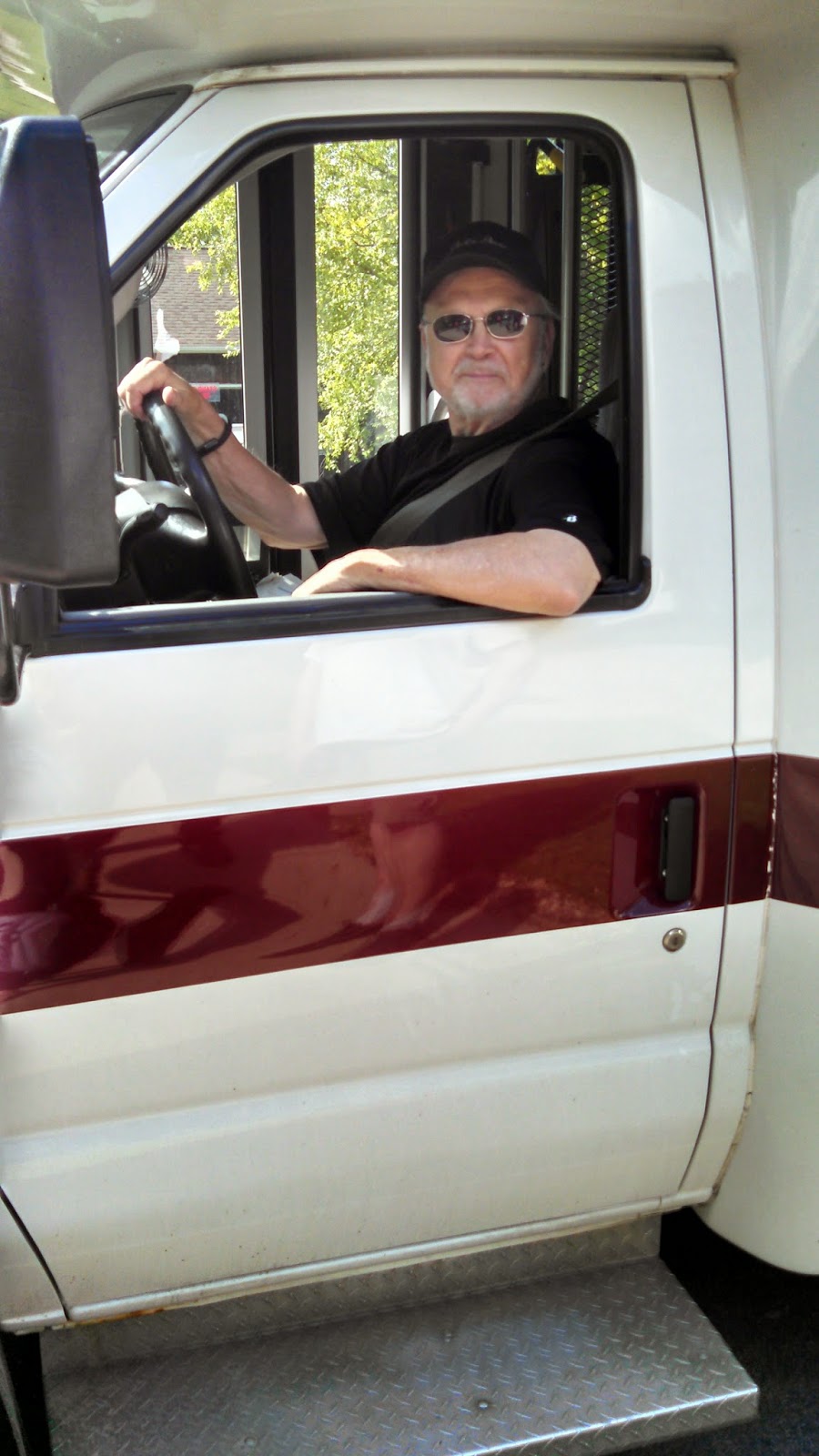 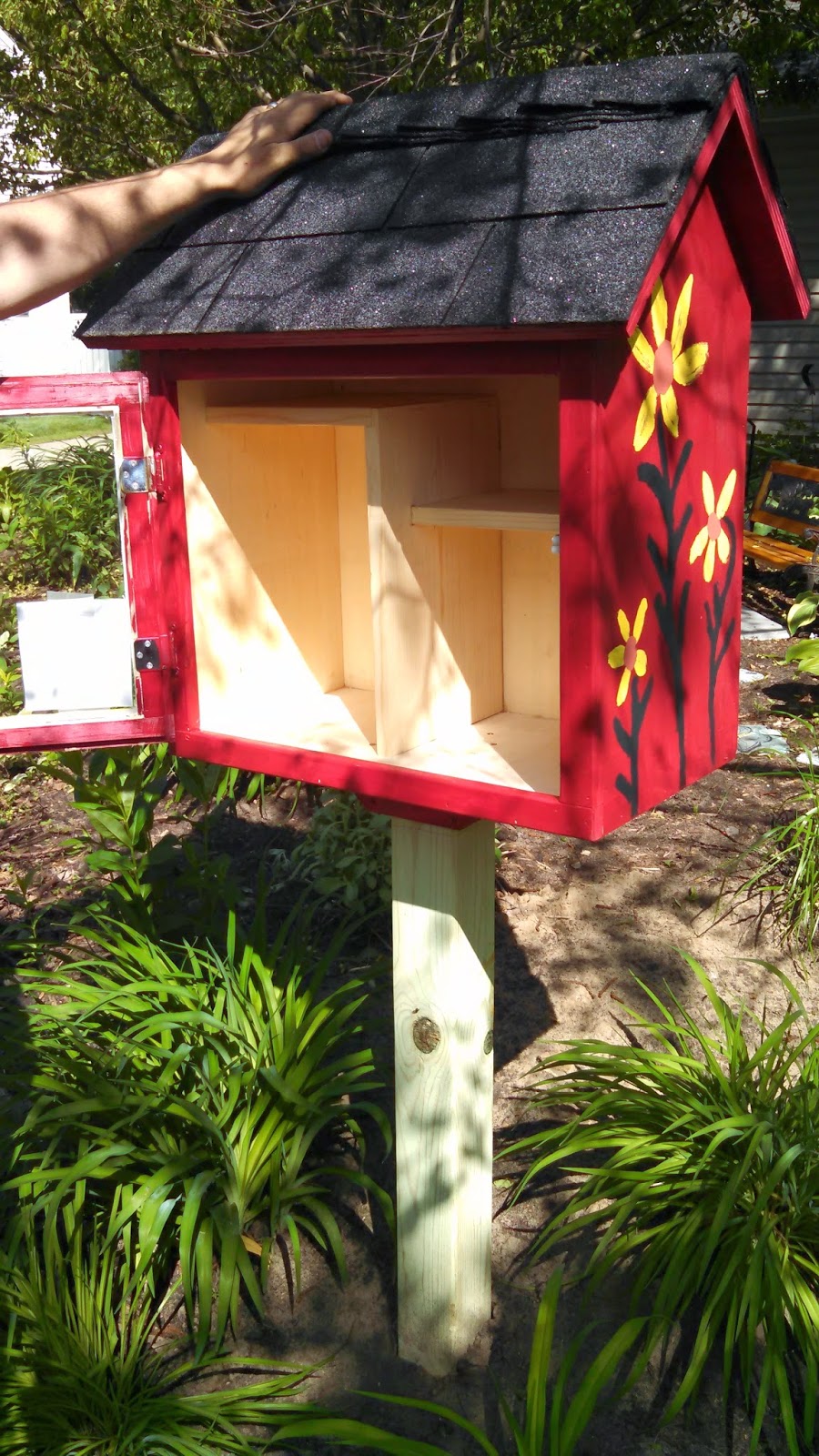 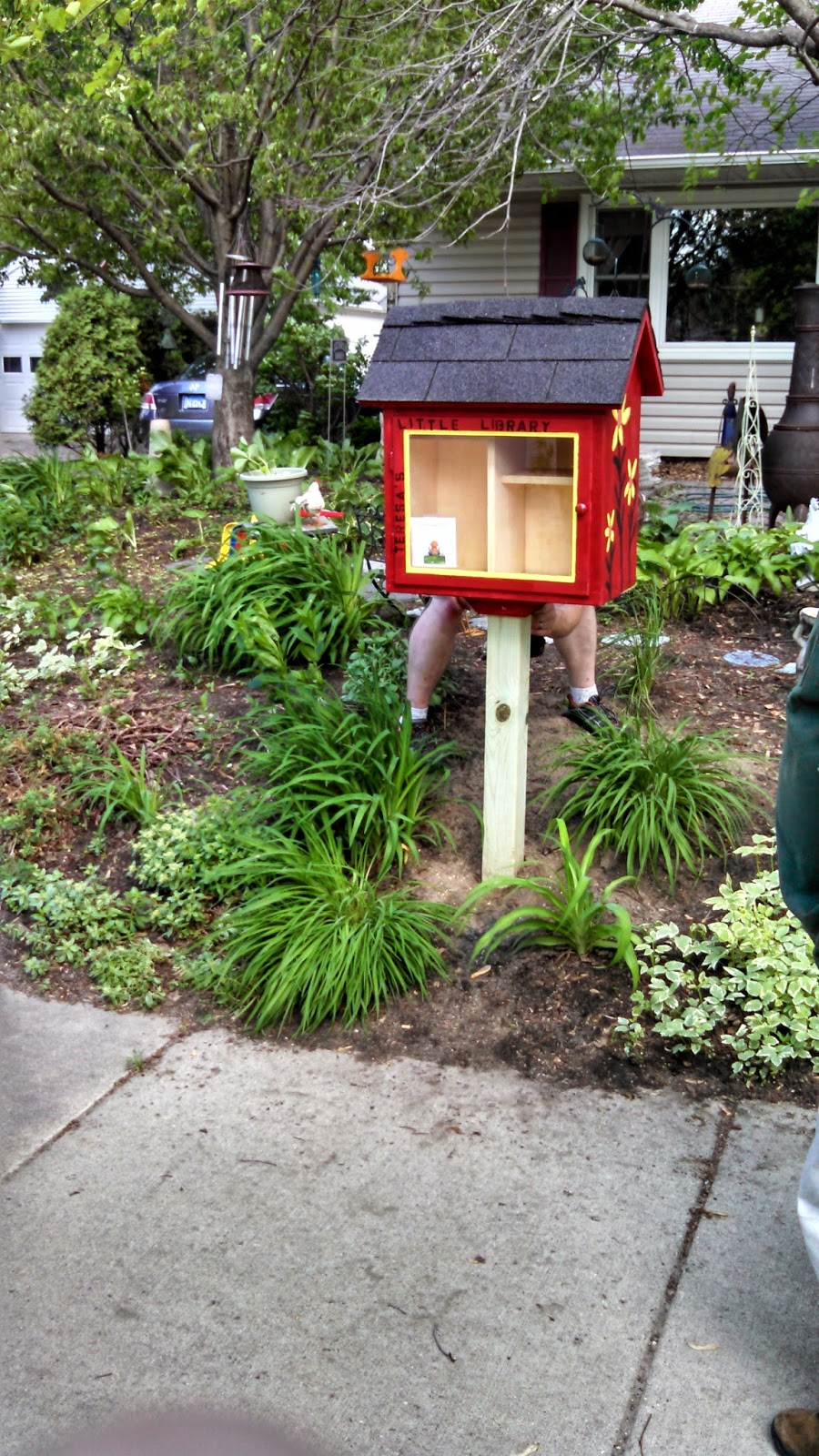 Teresa's Little Library is ready to go. I like the second shot because it looks like the library has legs! 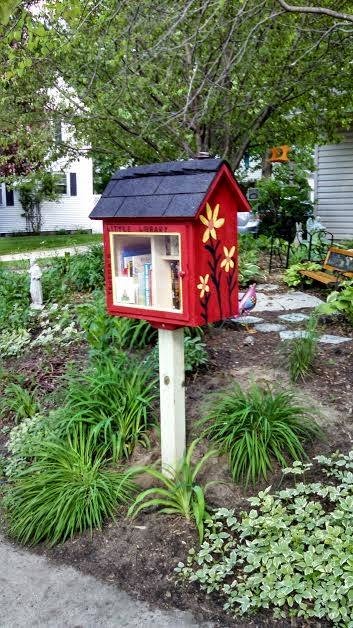