A few days ago, I published a photo of the grill nearly covered with snow. Monday, we decided to hell with it. The temps were high enough to sustain the charcoal so Regis got out the snowblower and a shovel and cleared the area around the grill. I bought steaks, stuffed peppers, and stuffed mushrooms at the store and we had the best meal. We haven't grilled since October and it tasted so good. Ah, spring.

A friend of mine in California said she had never seen anyone grill in the snow before. Happens all the time here, folks! 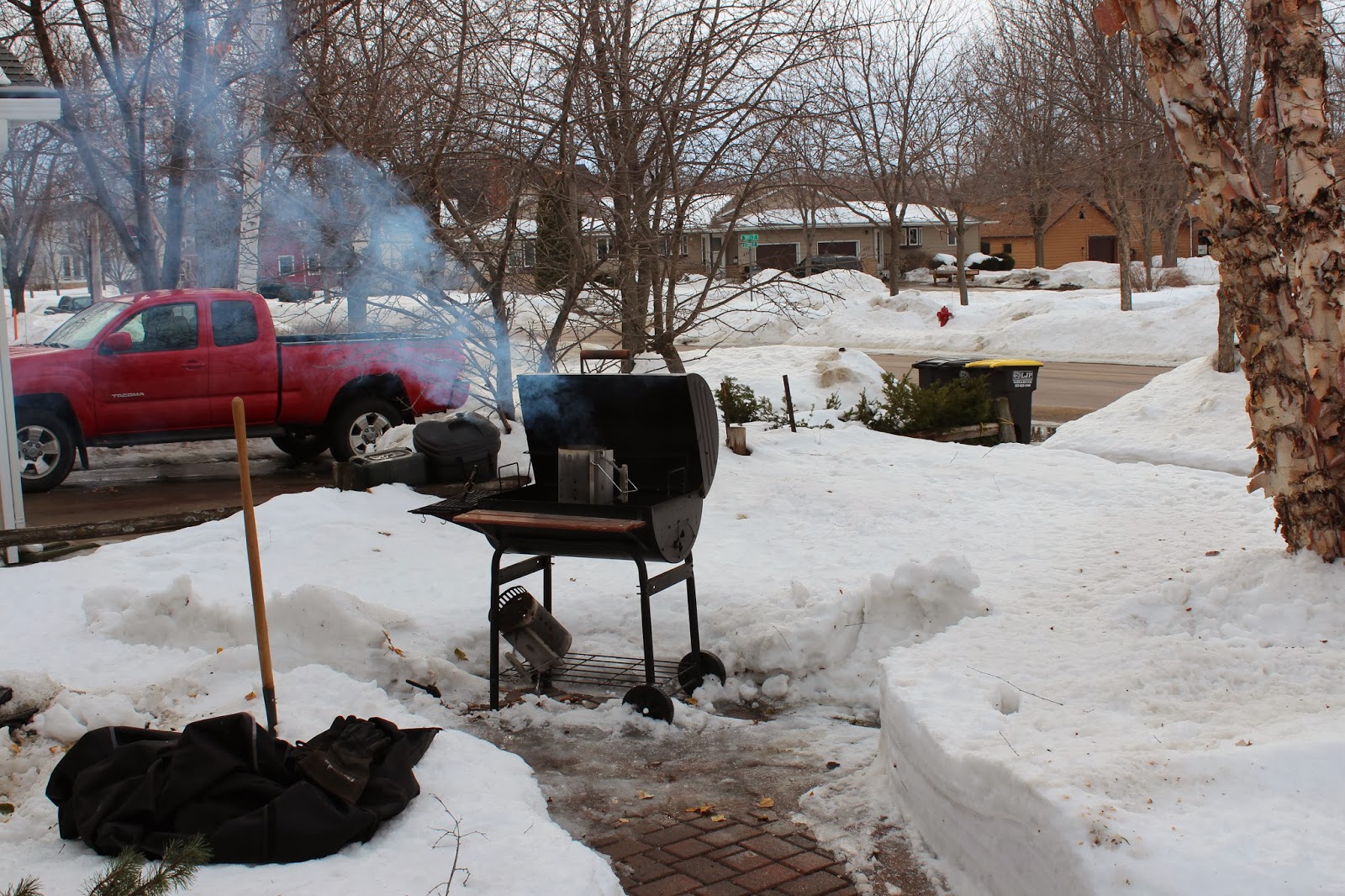 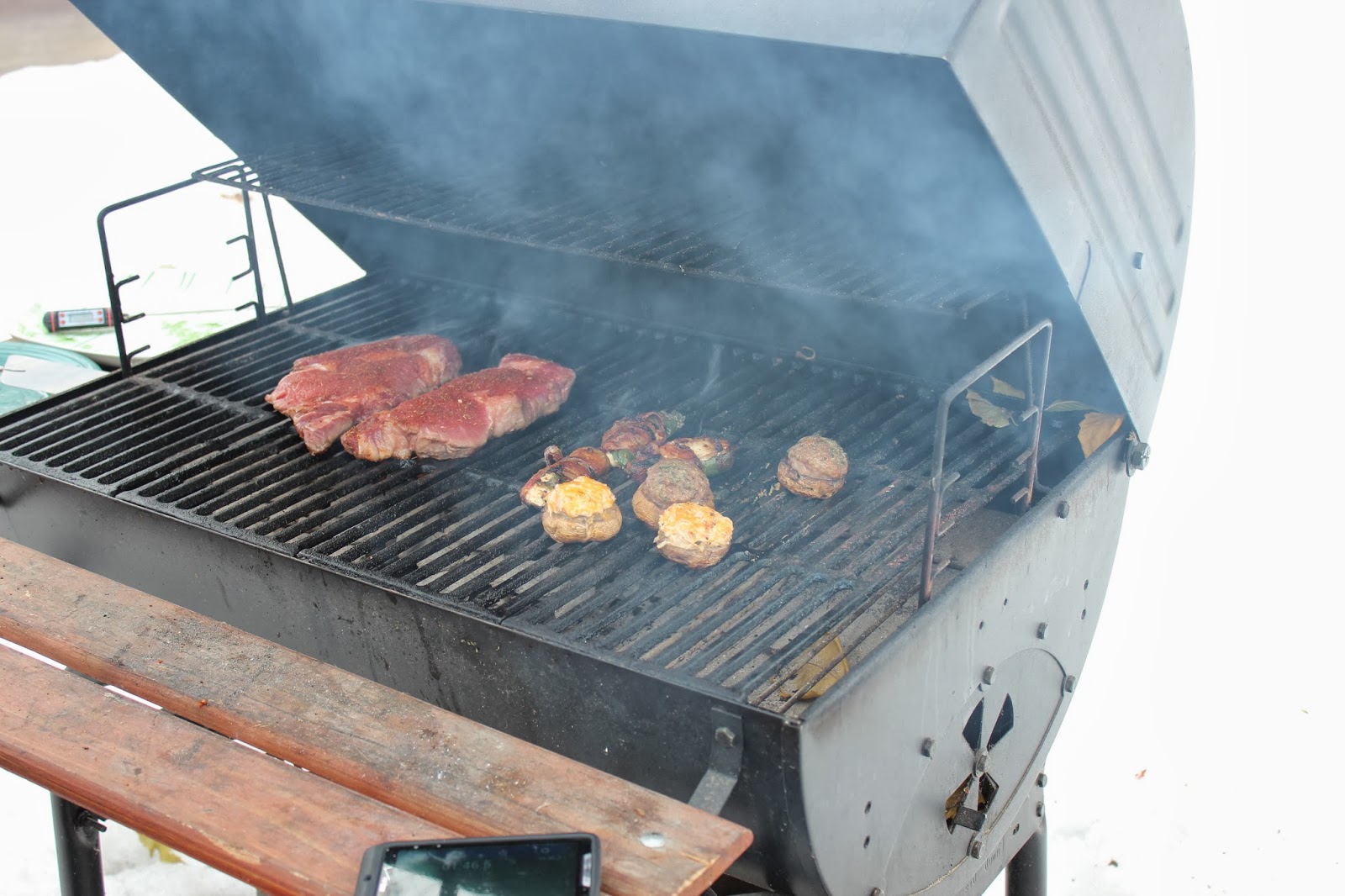 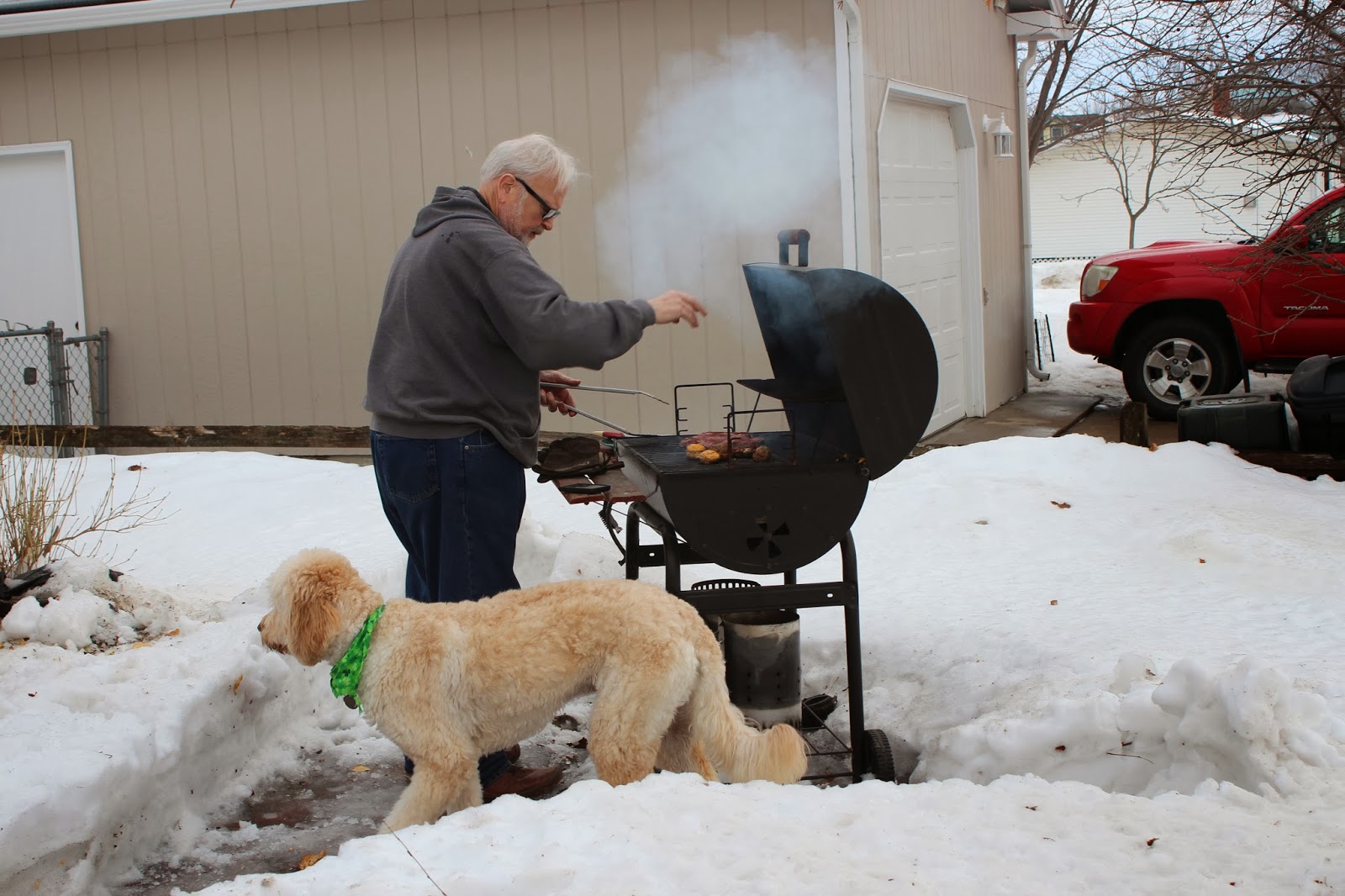 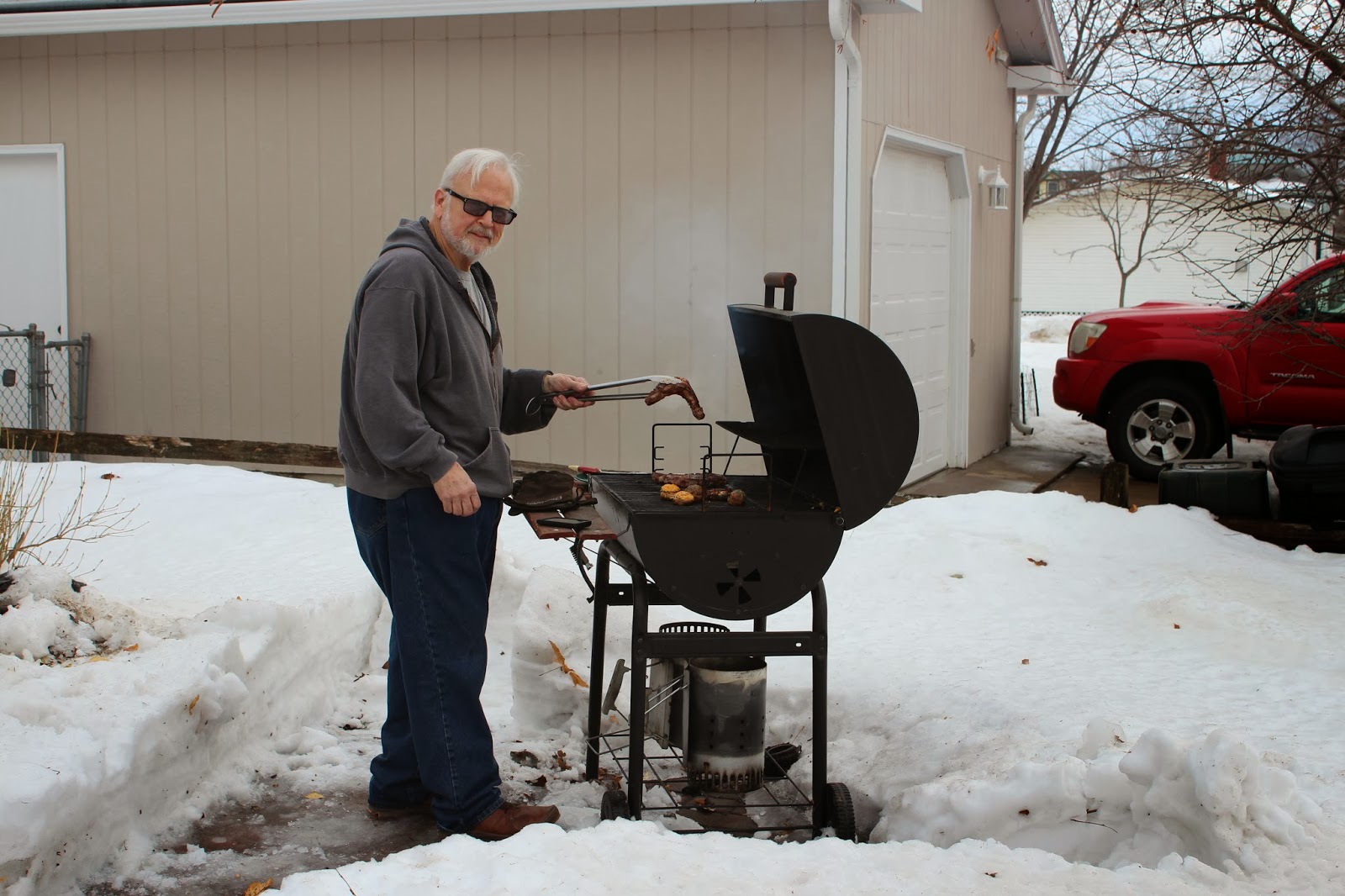 I'm enjoying kind of a lazy week. I went to see Mary yesterday, spent some time with Alex, and took a nap. Today, I'm working at the AARP tax center but that isn't exactly strenuous labor. The biggest issue is that it's so hot in there I can barely stand it. Ack.

Better get dressed. They frown on volunteers who show up in their pajamas.