Regis is famous for his strange and detailed dreams.

The other night he had a dream about me. I had been behaving in a way that aroused suspicion. He decided to find out what I was up to so he followed me down Third Street but lost me when we got close to downtown. When he saw me again, on Nassau Street, I was riding one of these. 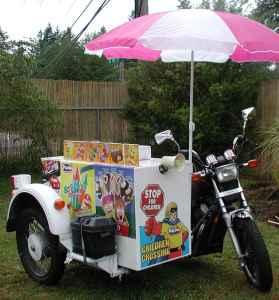 I was embarrassed to tell him that part of my new job included delivering cookies on this cycle so I kept it a secret.

Good grief. I wonder what in the world spawned that dream.

It is a cool bike, though. 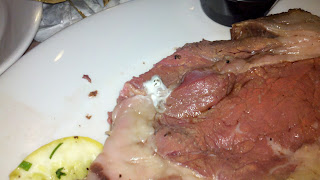 We went out for dinner at the Cedars Grille last night with some friends. Scott had prime rib and announced suddenly, "Hey, there's a ghost on my meat!" It's a little blob of sour cream with pepper flake eyes but it sure looks like a ghost. Somebody said it's a Konsbruck Hotel ghost. Ha! We went over to the Redmen after dinner for some dancing to the Lost Walleyes. It was a fun evening.

I have a cooler packed for the Ambassador's Blues Fest today...nuts and dried fruit, cheese, olives, dark chocolate, a bottle of wine and a few cold beers. Reverend Raven and the Chain Smokin' Altar Boys start the lineup.

My friend, Katy, in Georgia is making me a Day of the Dead apron this weekend. She found a cool pink and black fabric for the ruffle and she's going to make a skeleton button for the flap. It will be so cool I don't think I will wait for the Day of the Dead to wear it. 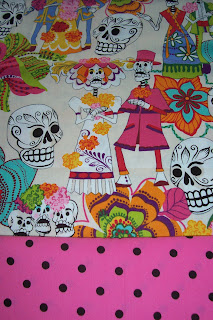 She's also making an apron for me out of this: 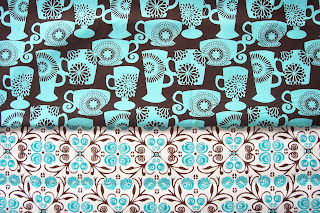 Cool to have my own apron designer!
Posted by Teresa Saum at 9:24:00 AM