This is an amazing music video made by a young woman named Meghan Kowalewski. She has a strong spirit.

I feel like I might have turned a corner in the mental health department. I don't know if being half done helps, if the sunshine helps, or if it's just the forces in the universe, but what the hell...it feels better to be sitting here in my pajamas at 11 o'clock in the morning feeling optimistic about the day than it did to sit here feeling morose and down-hearted. I was like a bad country song the last few weeks. Now, I better go out in the garden and light some candles so it continues.

I'm almost done with another Colin Dexter mystery. I almost gave up because it was very complicated in the beginning. I have probably forgotten a few details but it's been a good read. I'm trying to get Regis interested in the Inspector Lewis series on BBC but he thinks he may have had enough of the Brits for this season.

I've been in touch this week with our former mail carrier, Jaime. She had breast cancer a few years ago so I asked her if she had phantom cancer pains...imagining that she had cancer every time she had a twinge in her back, her head, her legs. Oh, yes. She said very common. Maybe now that I'm aware of it I can steer my thoughts in another direction. 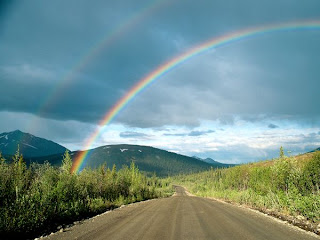 Brighter days ahead, my friends.