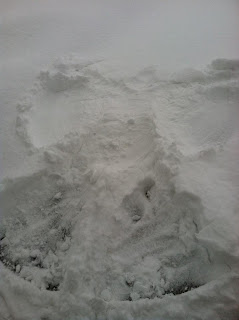 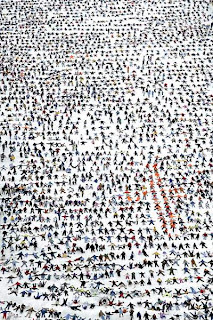 Thousands of people flap their arms and legs in unison, creating angel imprints, during a world record attempt for the most snow angels, in Bismarck, N.D., Saturday, Feb. 17, 2007. Organizers said they believe almost nine thousand people took part in the event. The previous world record was 3,784. (AP Photo/Will Kincaid)

Regis took these pictures of the birds at our feeder yesterday. Those cardinals are there for you, Deb!

So, even though it's icy and cold, we are not suffering. We had a wonderful day yesterday. It was so gloomy and depressing in the morning with the freezing rain that we went back to bed. Richie, the chili fairy, left a bowl of chili on the step along with a box of crackers. She's like meals on wheels! Nice...take a nap and lunch appears on your front step.

I got dressed in a long skirt and fancy shoes, then made beef stew and pretzel brownies. I had time to take a nice long nap in the afternoon again.

Young Regis came over with his puppy, Ace, in the late afternoon and had stew with us...and a pretzel brownie. Peanut Butter Pretzel Brownies have become the dessert of the winter. Brought to you by the fine folks at Putney Farms. Here is the recipe. A little extra work and a bit of a mess to eat but so worth it. 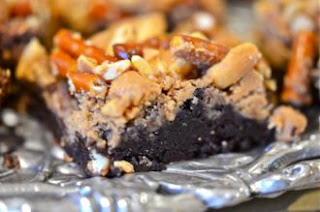 Thanks for the thinking of me and posting the cardinals! Beautiful photos.