I can't remember if Mike told me this subject line was a quote or something he made up. Either way is possible. Mike is my neighbor and we like to talk about the creative process, him being a comedian and magician and me being, well...a bullshitter.

There is nothing people like better than a good story and if you aren't out and out telling lies, like you're a millionaire and you aren't, they don't care. They like a good story.

I never tell stories about meeting Elizabeth Taylor or dating Leonardo Di Caprio but I have been known to embellish.

I came home to ask Regis who Tim Tebow is. I saw his picture at River Rock but I had no idea he was a football player. Ha.

The other thing I did not know about is SOPA. Well, there you go. I should watch the news, right? 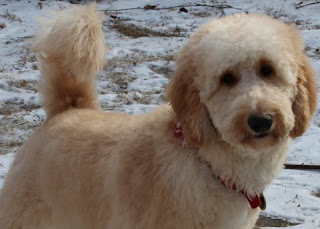 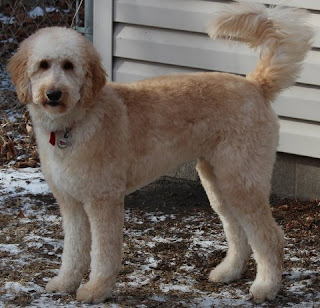 Gus got slicked up today at Kind's. He loves going there because he loves everybody. He's getting curlier and curlier...hair and tail. Regis and I had a funny conversation about hair versus fur. It is not simple to ascertain the difference.

I am feeling left out today- I have never heard of Tim Tebow or SOPA, and even worse, you swore in a long string of letters in a different post and I don't know what they mean either. I need to get out in the world more. I would say that I do know what a 3-way is, so I guess that tells you something about me.