what is that sucking sound I hear? 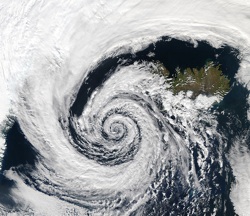 I expected ennui. I did not expect to be so sad.
The sucking sound of my imminent departure and the energy rushing to fill the void is oppressive.
Regis says this is to be expected and will probably pass quickly as the warm weather arrives and we’re able to start grilling on the patio again. I think he is most likely right about that.
To that end, we’re planning a party to celebrate the 78th anniversary of the Repeal of Prohibition. On the 7th day of April, in the year 1933, our wise government decreed beer to be legal once again.  December 5, 1933 is another commonly celebrated day because that is when ALL alcohol was made legal. Neither Regis or I drink beer anymore but we do appreciate it’s many virtues.
So, it is ironic that I have the kind of day I had today. It makes me feel less sadness and blast it, even less ennui about leaving my job. I feel damn near euphoric right now.
I was in the lunch room nuking my meatballs and I heard someone say, "My son got in trouble in kindergarten for being abstinent." When the other person was puzzled, she said, "You know...stubborn." I think she meant obstinate. Hahaha! It was exactly the kind of laugh I needed today.
Posted by Teresa Saum at 4:28:00 PM