oh crap where did the last month go question mark 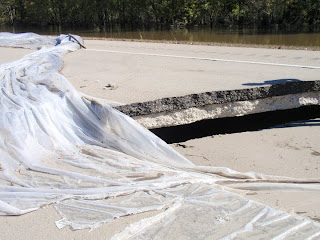 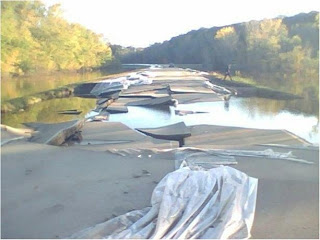 In a lame attempt to get caught up on my blog, I'm posting random pictures in no real order. Kind of like my brain has been for the last month. The photos above are of Highway 169 north of St. Peter. If this is really what that road looks like, it could be a while before we travel that way again. I guess the sandbags didn't help. 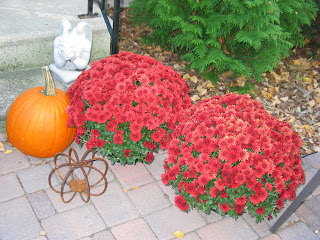 After school today, we went out to Fred's (it was his 64th birthday yesterday) and bought mums and pumpkins. Aren't they beautiful? 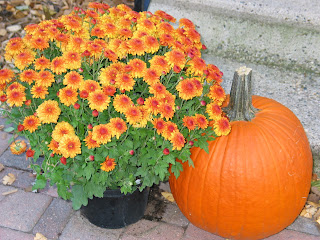 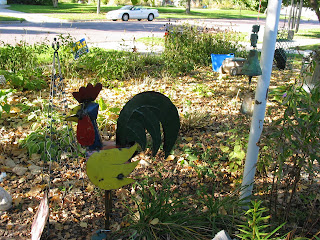 This is the chicken (named after Fred) in the recently cleaned up garden. I am embarrassed that the garden looked so shabby this year. I lost interest for some reason. I decided to clean it up good this fall so in the spring it's ready for the make-over. I'm tired of some of that stuff I've had in there for years. Many of the sunny perennials need to be moved out and replaced with shady perennials. The chicken looks good, though, eh?

I have neglected some aspects of my life in the last month. The start of the school year seems to be harder on me every year. I don't have the energy to do much in the evening. Probably because I get up so early, too, but  there it is. I have a long list of things to do but I have forsaken lists as I've gotten older. I hate to feel burdened by oppressive lists of crap to do. Life is too short.

So, right now, I am going into the bedroom to put away some clothes that have been piled up for several weeks. I'll be back.
Posted by Teresa Saum at 6:34:00 PM