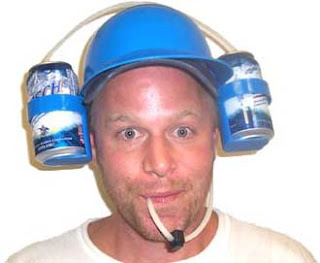 I bought a Camelbak hydration pack for the long bike rides and runs. I need a way to keep water more accessible and it got old trying to carry a bottle. I'm sure the person who invented it got the idea from this, right? 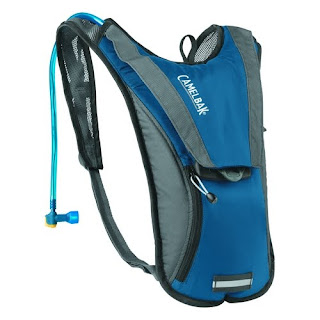 Here's what I got. A couple months ago, I posted a picture of the other thing I tried. It was a belt with two bottles that came out like six guns. Peter and Regis gave me no end of grief about it and I finally abandoned it. It was not handy anyway to be trying to wrestle those bottles out of their holsters while on the go. This is much better.

Of course, now that I think about it, a guy could put beer in this backpack. It would not be a smart thing to do, but you could do it.
Posted by Teresa Saum at 12:12:00 PM