I got up early this morning to get my bread in the oven. It suffered a little from the cool temperature in the house overnight but it came back to life and it's just beautiful. I love making that bread. It's called Italian country bread and it takes a couple days to make it because you start with a sponge, then let it rise overnight. It makes a gorgeous loaf. I'll post a picture later. 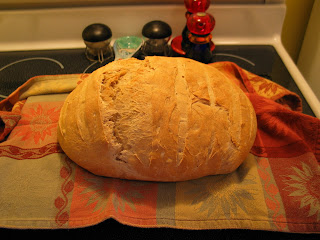 I'm drinking coffee out of Aunt Vi's little tea cup this morning. It has lilies of the valley on it so I thought it was appropriate for Easter. 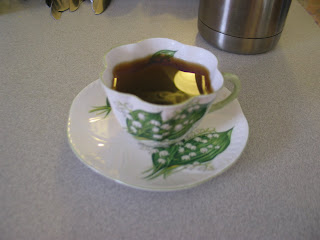 I made a trifle with four kinds of fresh berries. It's probably a little bit of a risk because I used a nice creamy yogurt instead of that chemical laden pudding which is always popular. It also isn't chocolate. We'll see how it goes over. I tried to whip some cream to put on top but the dang stuff just wouldn't stiffen up. Wonder what's up with that. It's really pretty, too. 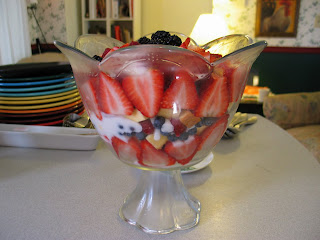