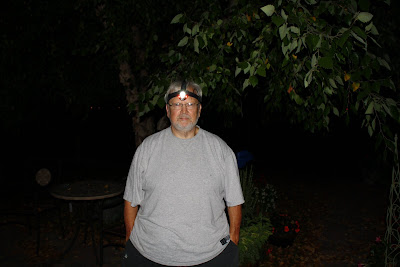 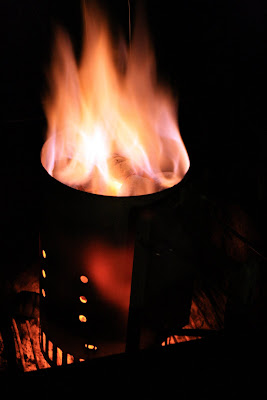 Regis woke up at 3 this morning, realized he wanted to smoke a pork butt today and hadn't rubbed it yet, so he got up and started the grill. Ah, man and fire. Since cave man days.

I had more to say last night when I wrote that short post but the keyboard thing was driving me mad. I figured out (thanks to google) that it's called mouse drift and when I downloaded a new touch pad driver, it was fixed. God knows how I got that right.

It's going to be windy today, my least favorite weather condition. Right now it's beautiful out but I bet it isn't going to last. Kramer doesn't like wind either (or fireworks) so he's curled up right at my feet.

We have a new Kings of Leon CD on the machine. I was curious about them since I read the article in Rolling Stone. I know the future is Radiohead but so far, I like this. (That was a headline in RS about a year ago. I got such a kick out of it.)

Drinking coffee. Our current favorite is a German roast from Aldi's. It's really cheap, too, which Regis thinks is a plus. I miss grinding beans. We'll go back to that in the winter. It's a seasonal thing like switching from pinot grigio to cabernet.